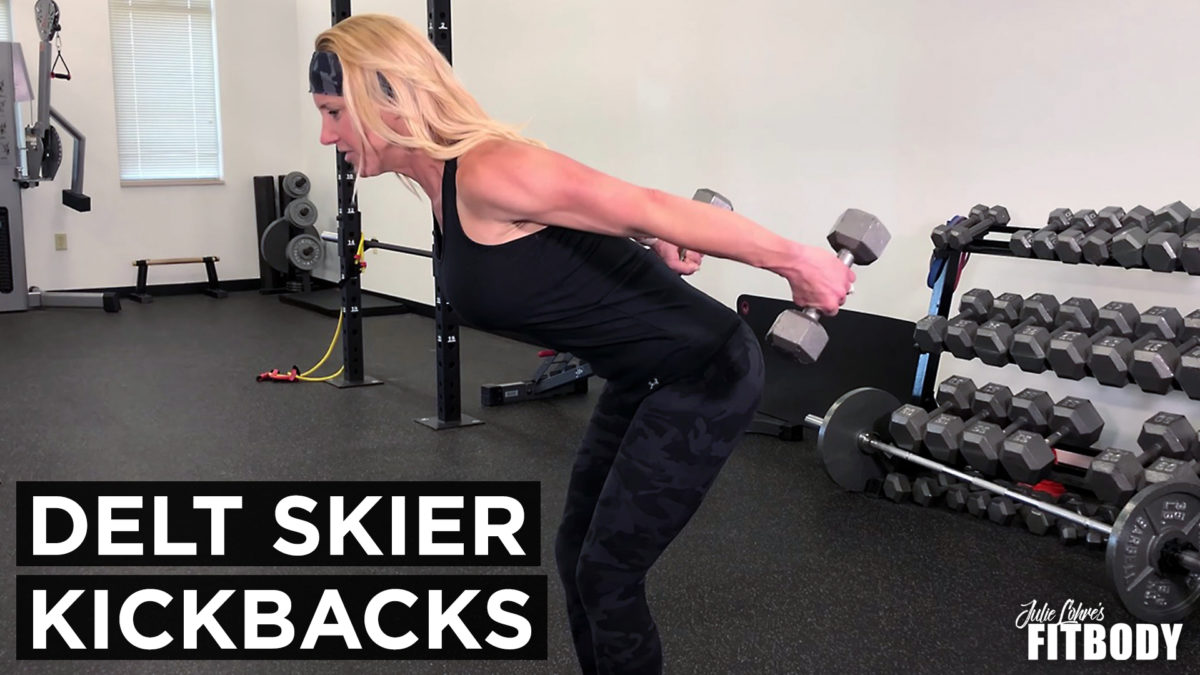 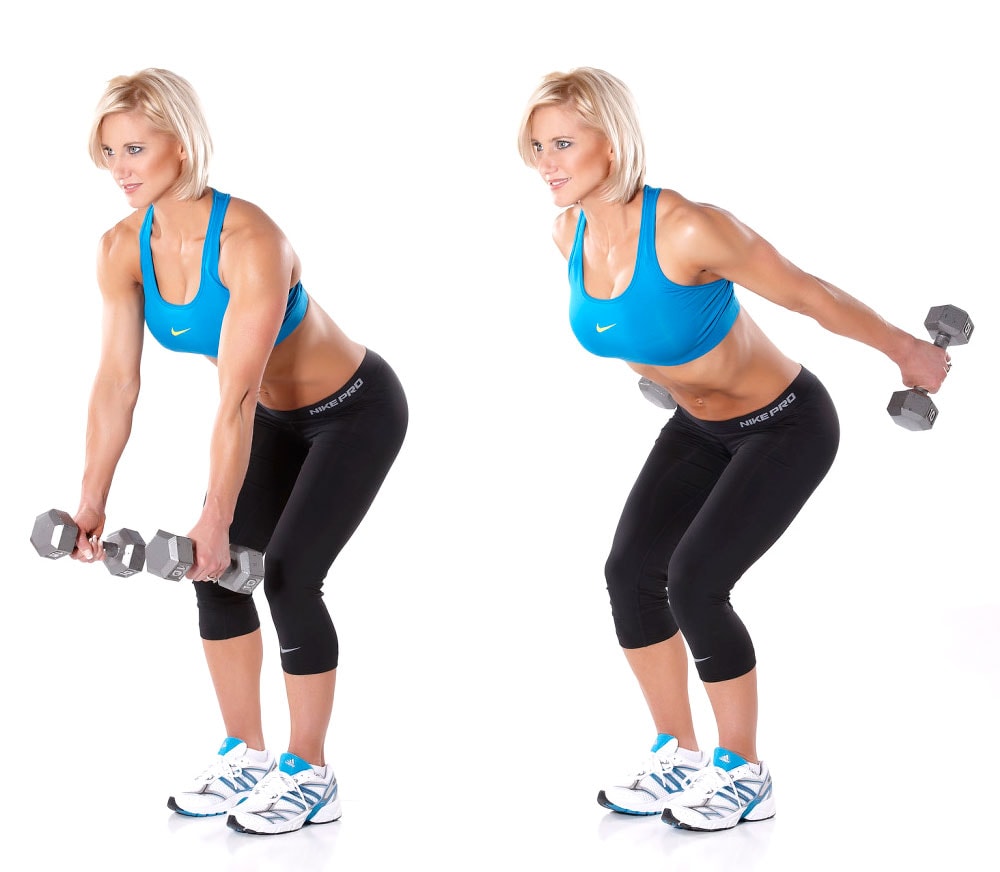 Also referred to as the Straight-arm dumb-bell kick-back: This exercise is designed to minimize the trapezius involvement when training rear delts. This move is often confused with tricep kickbacks and while the finishing position is similar, the difference is that your arms remain straight and the shoulder joint is the pivoting portion rather than the elbow.

What bodypart does the Delt Skier Kickback Target?

The rear delts and shoulders are often a neglected bodypart during workouts because they’re a somewhat hard to target muscle group. This move hits them in an isolated movement, allowing you to concentrate on working them hard.

How to do Delt Skier Kickbacks

Brace your core and lock your torso in place in a downhill skier position, chest slightly forward with a straight line down your spine from shoulders to your glutes, knees shoulder width apart and bent in a ½ squat position.
From this starting position our arms are hanging down perpendicular to the floor and barbells in hand with a very slight bend in the elbows.
You slowly move the hands and dumbells back towards your backside and lift up with the rear part of your shoulders as high as possible above the plane of your back. Mobility will limit the movement somewhat and if you have a limited range of motion, complete until you cannot lift any higher.
Return to the starting position by controlling the weight’s movement downward. Do not let the weights just fall back to the front, this will limit the amount of resistance your delts receive as well as put you in a compromised position for your lower back.

Tips:
– Use a weight that you can control properly.
– Hold at the top of the rep for two seconds if possible to increase the target muscle intensity