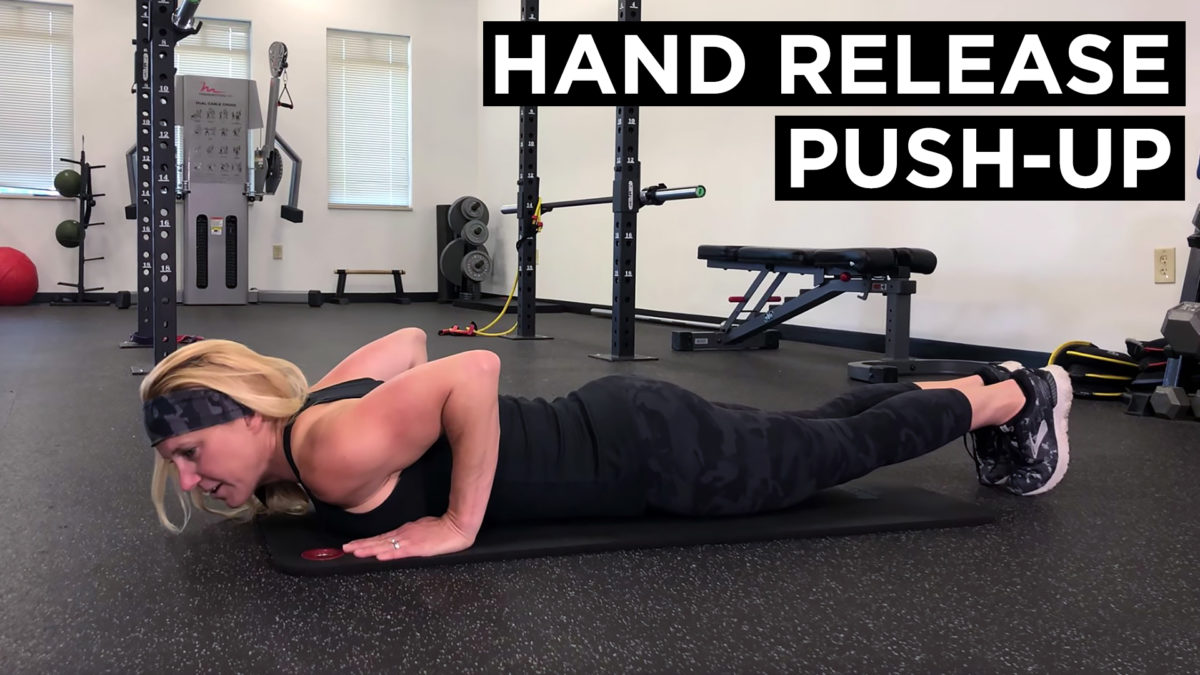 One great way to improve your push ups is by trying the hand release push up. This variation on the standard push up will target a lot of the same muscles used, such as your shoulders, chest, and core. But it will also work them even harder by breaking down each stage of the exercise.

What’s even better about the hand release push-up? Starting every rep from the ground increases the range of motion and reduces the use of momentum, which adds to the challenge and forces you to use more force to get back up into a high-plank at the end of every rep.

How to do a hand-release push-up

1. Start on the floor with your hands slightly wider than shoulder-width apart. Keep your legs fully extended and feet together. Your abdominals and lower body should be tight. Keep your elbows at a 45 degree angle, rather than flaring them out wide. This will be your starting position.

2. Allow your body to momentarily relax as you release your hands and feet briefly from contact with the ground.

3. Immediately return your hands and feet to the ground and forcefully push up. This is one repetition.

4. Return to the starting position and repeat for the recommended number of repetitions.

This push up version is a slower than a normal push-up that have become the gold standard push up variation for good reason. First off, the hand release push-ups are a more complete movement, and keep your focus on form. Second, the end points of the exercise allow you to work an additional range of motion not typically found in the standard push up.

What is the benefit of a this version of the push up?

This exercise gives you approximately 10% more range of motion than regular push-ups. This additional range of motion presents a significant opportunity for building muscle. When completed properly, this version of push-ups primarily focus on the pecs, so they teach you to better use your chest when doing pressing movement. They also focus on the sub scapular during the bottom position where you are lifting your hands off the ground adding in additional muscles that would not normally be recruited in the standard push up exercise.